An arcane Wall Street newsletter still printed in hard copy hardly ever warrants a cameo in a Hollywood movie. But that’s exactly what happened in The Big Short, the blockbuster about the men who predicted — and profited from — the financial meltdown of 2008.

In the film two small-time investors are asked to leave the Manhattan office of JPMorgan — which had just dashed their hopes of getting the qualification necessary to trade credit default swaps — when one comes across some marketing materials in the lobby.

“Look at this — this guy says that the housing market is a giant bubble,” he excitedly tells his partner. Then, in a voice-over looking straight into the camera, the other intones, “This part isn’t totally accurate. . . . I read about it in Grant’s Interest Rate Observer.”

So did a lot of people.

Renowned for his erudite, witty warnings about the deadly effects of excess leverage, Jim Grant, the eponymous newsletter’s founder and editor, was among the first to raise concerns about the toxic mortgage securities swirling through Wall Street in the early aughts. Grant’s became so popular that one major newspaper even sought to buy it.

By the time of the crisis, Jim Grant, who had launched his newsletter in 1983 after a stint at Barron’s, was already a well-regarded figure in financial circles, where a subscription is a rite of passage in Wall Street firms and hedge funds.

Grant’s Interest Rate Observer had been ahead of the curve of every speculative mania and eventual bust since the late 1980s, when its savvy prediction of the implosion of the junk bond bonanza fueled by Drexel Burnham Lambert first put the newsletter on the map. 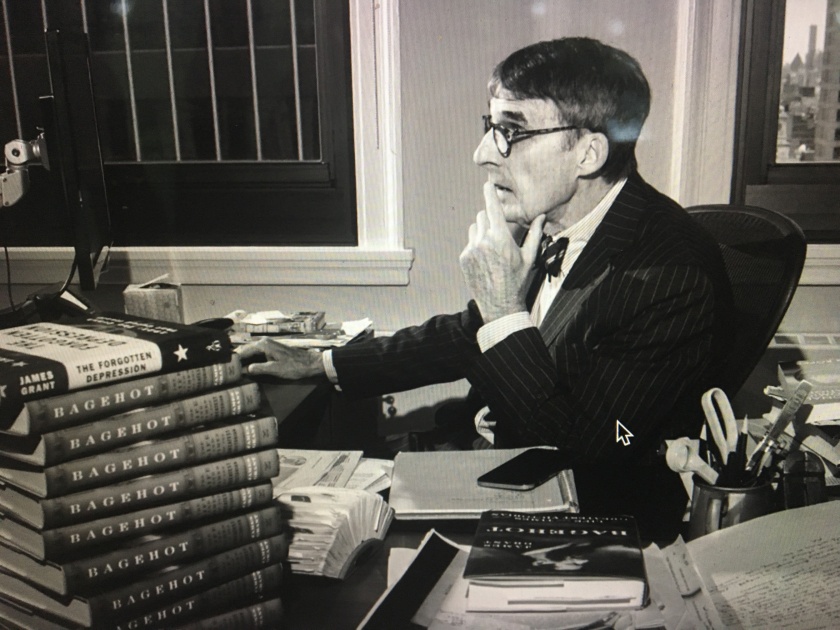