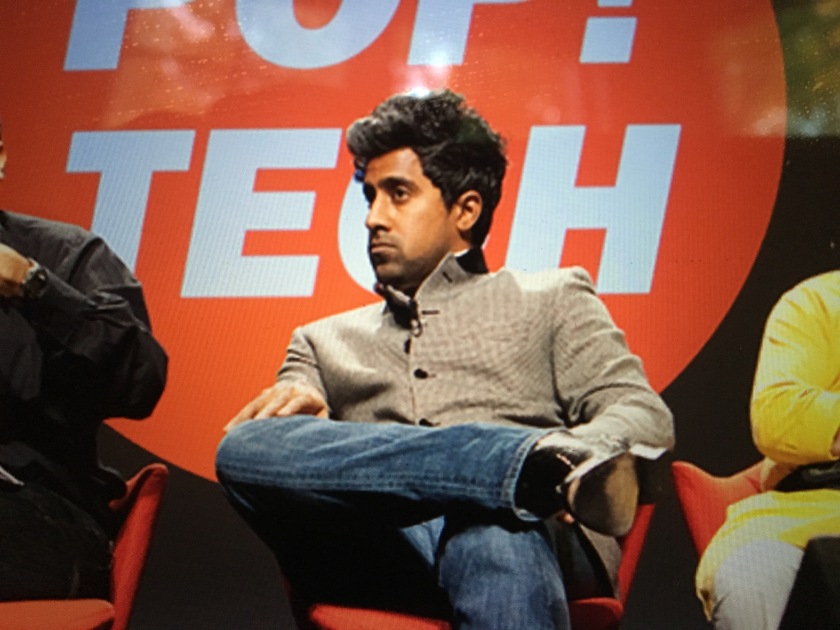 By 2015, Anand Giridharadas, then a columnist with the New York Times who had spent several years as a reporter in India, was growing increasingly uncomfortable with the divisions of wealth in America when he was asked to give a speech at the Aspen Institute, where he’d become a fellow. What he said that day shocked the room: The people of the Aspen Institute, who’d come together to do good, were actually the problem.

That germ of an idea turned into Giridharadas’ new book, Winners Take All: The Elite Charade of Changing the World, an inside look at how efforts to improve the world can instead preserve the status quo. The book, his third, has become a bestseller, and Giridharadas has been traveling the country spreading his message, which he believes is an especially urgent one in the Trump era.

Born in Cleveland, Giridharadas has also lived in Paris, and studied at the University of Michigan, Oxford and Harvard. Like many of those he interviewed for his book, he worked briefly as a consultant for McKinsey, before becoming a journalist. His first articles at the New York Times, about money and politics, give a hint of where his interests would lead.

Read my recent Worth interview with Giridharadas below.