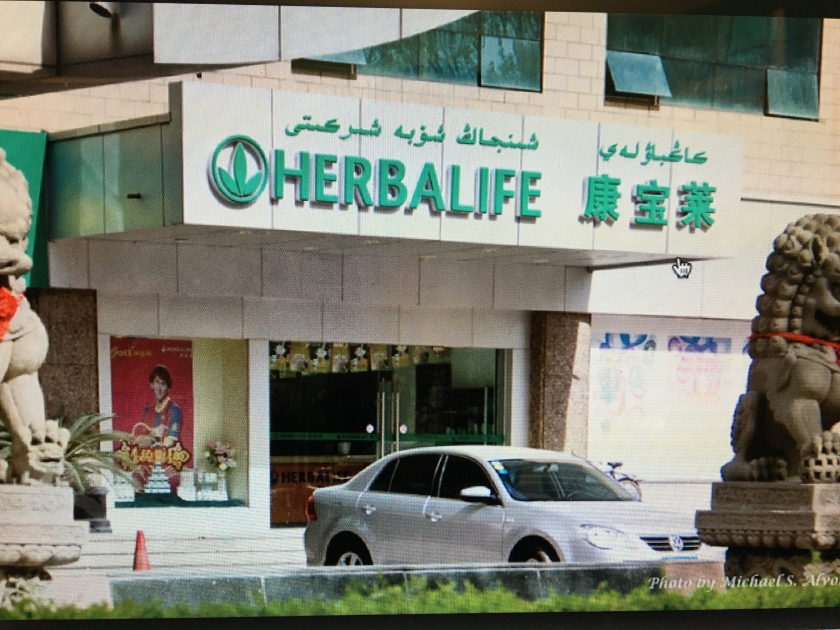 Herbalife’s engine of growth – China – has hit quite a few speed bumps, with the latest being the sudden resignation of the head of its China business, Li Yanliang, who had been there for a decade.

Until news of the resignation hit the U.S., causing the stock to fall 7%, investors had been ignoring Herbalife’s significant China risk, despite the company’s acknowledgement its business there was under investigation by both the Securities and Exchange Commission and the Department of Justice for potential violations of the Foreign Corrupt Practices Act. Herbalife did not report Yanliang’s departure, but the Chinese media did. It was quickly picked up by Bloomberg.

Sales in China—which account for 20% of Herbalife’s business– also look dodgy, and it added some weird language about “anti-pyramiding” rules in China that were suddenly a risk in its most recent securities filings.

Here’s my recent Institutional Investor story that lays out the deteriorating fundamentals.

Since then, Herbalife has been plagued with insider sales of its stock.

I began writing about Herbalife’s China risk in 2014, in this story in the New York Post.

That was before Bill Ackman made a presentation on China, whose accusations appear to be bearing fruit. Here’s my NYP story on that.

Ackman’s China report was largely ignored, because the next day the Federal Trade Commission launched its probe, which sent shares tumbling. It has been a wild ride for investors since then. Last summer, the FTC settled with Herbalife, after the FTC mandated massive changes to its business in the U.S. Those changes go into effect this month.